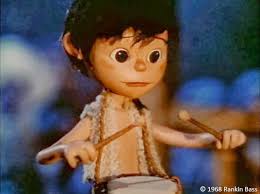 Roughly two thousand years ago in the Holy Land there lived a little drum heater boy. It cannot be said that at this gentle age he did fully grasp the enormity of the events he experienced. But at the same time, he did get the sense that something very special indeed had occurred. To us the story is very familiar. Perhaps the story is so well known to us in these modern times that it could be said of us that we no longer fully grasp the enormity of the events that occurred so many years ago. Let us look more closely at these events and how they touched the boy who is the star of our narrative.

As we know, around that time a savior came into the world. He was wrapped in swaddling clothes a laid in a manger for there was no room at the inn. Far above in the night sky a strange and mobile star came to rest above that sacred location. And wise men from the east saw this star and followed it to its final destination. When they found the babe they paid him homage giving him valuable gifts of gold, frankincense and myrrh.

Along with these wise men came shepherds from the fields and others too to see the wonder that had been born that night. Among the others was a little boy who played his drum that had heating elements attached to it in order to keep the industrial chemicals stored within at optimum temperatures. Because you see, if these internally stored chemicals were not kept at the right temperature they might spoil or become otherwise not as potent. And so the boy made sure that they were kept warm as he played.